How to Install Docker Community Edition on Linux Mint 19

As a full-time web developer, my daily task is to develop a website. Well, that's kinda obvious. But there are some skills required to support my main task:

Off course running my own server is fun, but there are times when I must spend a day or two to figure some misconfiguration. The application runs fine on my machine, but when it's deployed on server, something is broken. There's even a meme for this situation: 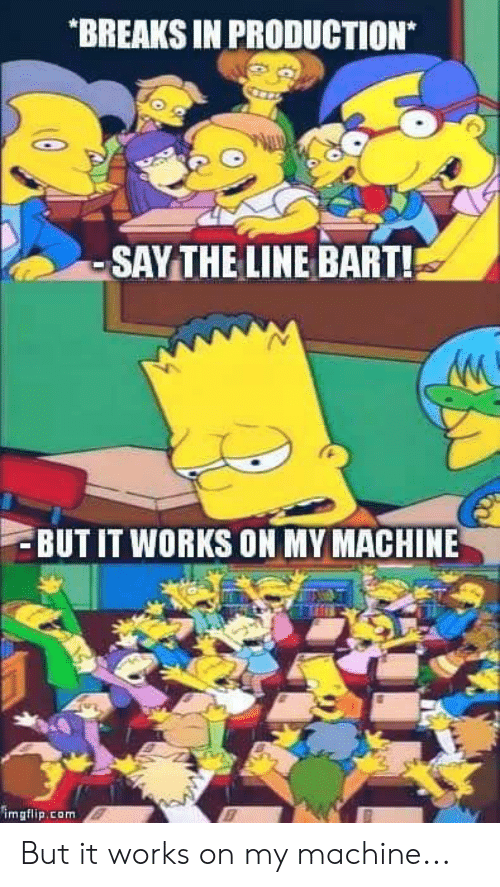 Well, ideally this shouldn't ever happened. It potentially waste our time as a developer. We should just focus on our development task and shouldn't troubleshooting server's environment.

Then I heard about this Docker container. My initial response is "Wow, this is what I'm looking for. Let's try it."

As published on Wikipedia, Docker is a set of platform as a service (PaaS) products that use OS-level virtualization to deliver software in packages called containers. Containers are isolated from one another and bundle their own software, libraries and configuration files; they can communicate with each other through well-defined channels. All containers are run by a single operating-system kernel and are thus more lightweight than virtual machines.

First, make sure our packages are up-to-date. Then, install all the packages used by Docker as dependencies. Open up a terminal and type this command:

We need to add Docker GPG key used for signing Docker packages and add Docker upstream repository to our Linux Mint 19. This is necessary step so we can install the latest stable release of Docker.

Now is the main installation process. We will install the latest version of Docker CE and Docker Compose.

Then install the latest version of Docker CE and Docker Compose:

Let's sit back and relax until this process completed. When it's completed, the docker group is created but no users are added. To be able to use Docker, add our normal user to the group to run Docker commands as non-privileged user.

To make this change effective, we need to log out and log back in so that our group membership is re-evaluated.

Next step is verify that our installation is successful. Let's run a test Docker container:

If it does, congratulations, we've successfully installed Docker Community Edition on our Linux Mint 19.

Well, that's it. I hope that you now know how to install Docker Community Edition on Linux Mint 19 (19 Tara, 19.1 Tessa, 19.2 Tina). If you run into any issues or have any feedback feel free to drop a comment below.