How to Install Android Studio 3 on Linux Mint 18.3 Sylvia

In my free time, I love to try new programming language. Nowadays, almost everyone are using smartphone. So I guess now is the time to try mobile development. I will start with Android development as I think it's more easier to start with.

To develop Android applications, we will need an Integrated Development Environment (IDE) to make our development task easier. The most widely used IDE for Android development is Android Studio. It is the official IDE for Google's Android operating system, built on JetBrains' IntelliJ IDEA software and designed specifically for Android development. It is available for download on Windows, macOS and Linux based operating systems. It is a replacement for the Eclipse Android Development Tools (ADT) as primary IDE for native Android application development.

The following features are provided in the current stable version:

If you haven't installed JRE, you could check my step-by-step Oracle Java installation here.

First of all, we will need to download Android Studio. Usually the website will automatically detect our Operating System, but it should say something like this: 3.1.3 for Linux 64-bit. 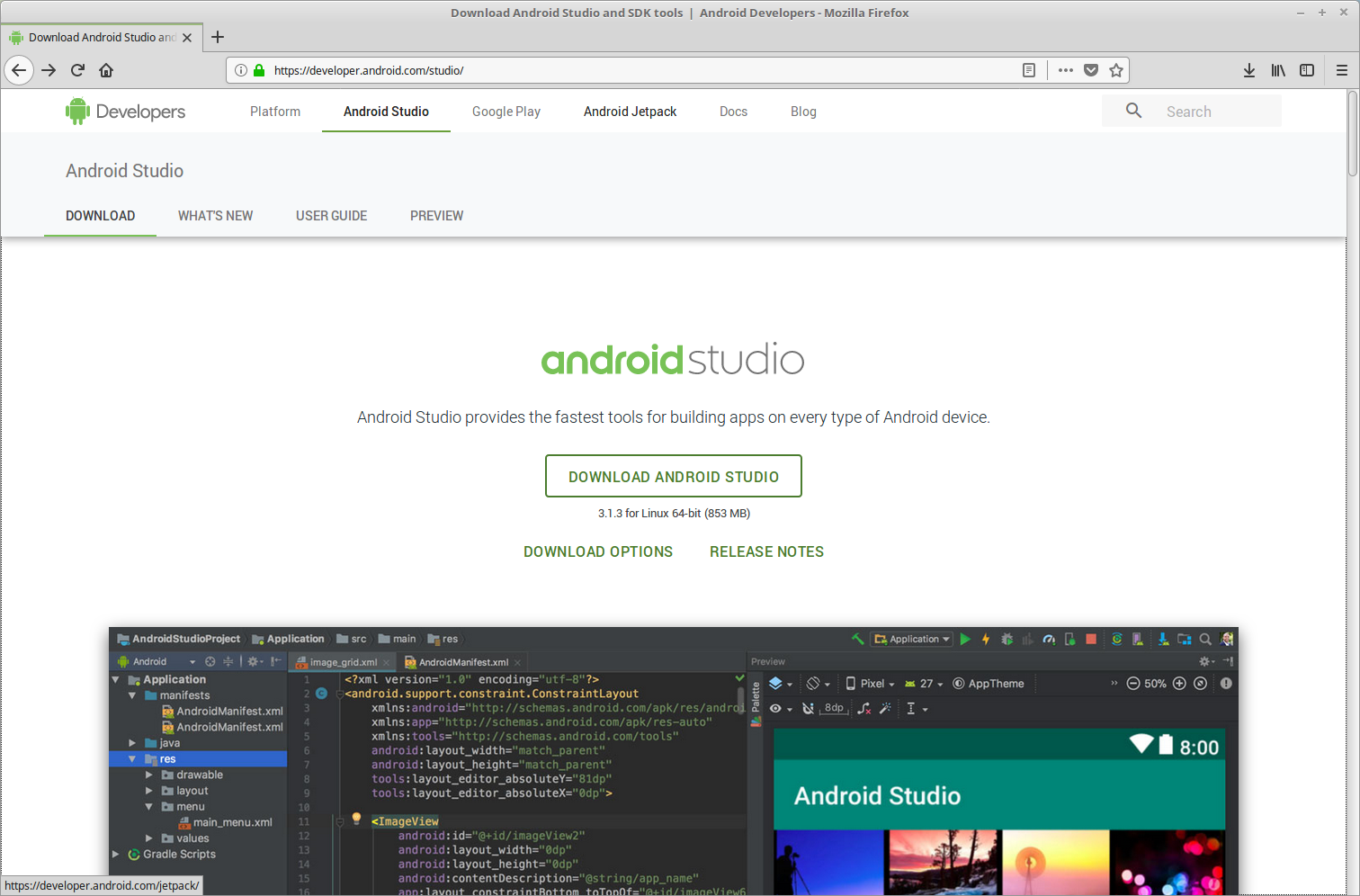 After clicking on "DOWNLOAD ANDROID STUDIO" button, a popup window will appears which contains Terms and Conditions.

Check the checkbox to agree with the terms and conditions and then press "DOWNLOAD ANDROID STUDIO FOR LINUX" button. We can leave the download and grab some tea or coffee because it will take a while.

Unpack the .zip file you downloaded to an appropriate location for your applications, such as /opt for shared users. Open up terminal, navigate to Downloads directory and unzip downloaded file. On your terminal, type this command(s):

Android Studio is ready to be launched. To launch Android Studio, open a terminal, navigate to the /opt/android-studio/bin/ directory, and execute studio.sh. Example:

Select whether you want to import previous Android Studio settings or not, then click OK.
The Android Studio Setup Wizard guides you though the rest of the setup, which includes downloading Android SDK components that are required for development.

If you are running a 64-bit version of Ubuntu, you need to install some 32-bit libraries with the following command:

I hope that you now know how to install Android Studio 3 on Linux Mint 18.3 Sylvia. From here you can try to download sample projects on Github or try some tutorials on internet. If you run into any issues or have any feedback feel free to drop a comment below.

How to Install Oracle (Sun) Java 8 on Linux Mint 18.3 Sylvia

How to Install MySQL/MariaDB Server on Raspberry Pi