Android is a mobile operating system developed by Google. It is based on a modified version of the Linux kernel and other open source software, and is designed primarily for touchscreen mobile devices such as smartphones and tablets. In addition, Google has developed Android TV for televisions, Android Auto for cars, and Wear OS for wrist watches, each with a specialized user interface. Variants of Android are also used on game consoles, digital cameras, PCs and other electronics.

In my free time, I love to try new programming language. Nowadays, almost everyone are using smartphone. So I guess now is the time to try mobile development. I will start with Android development as I think it's more easier to start with. 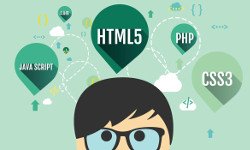 r00t4bl3.com is a collection of web development tips, tricks, and workarounds. Sometimes also write notes of database queries and errors.